Thanks for your support :-) We will be entertaining you through our new online portal called

There will be five musical pieces, including a theme number, in Ajith’s 56th movie ‘Vedalam’. And here are they:  Veera Vinayaka, Aaluma doluma, Don’t you mess with me, uyir nathi and The theri theme.

The audio, composed by Anirudh, will be unveiled on October 16 and the entire crew is confident that the songs will be lapped up by the ‘thala’ fans and the general audience.

The film, which is tipped to have Ajith in two different get-ups (or roles), is directed by Siruthai Siva and produced by A M Rathnam, Shruti Haasan is the heroine, while Lakshmi Menon plays Ajith’s sister. 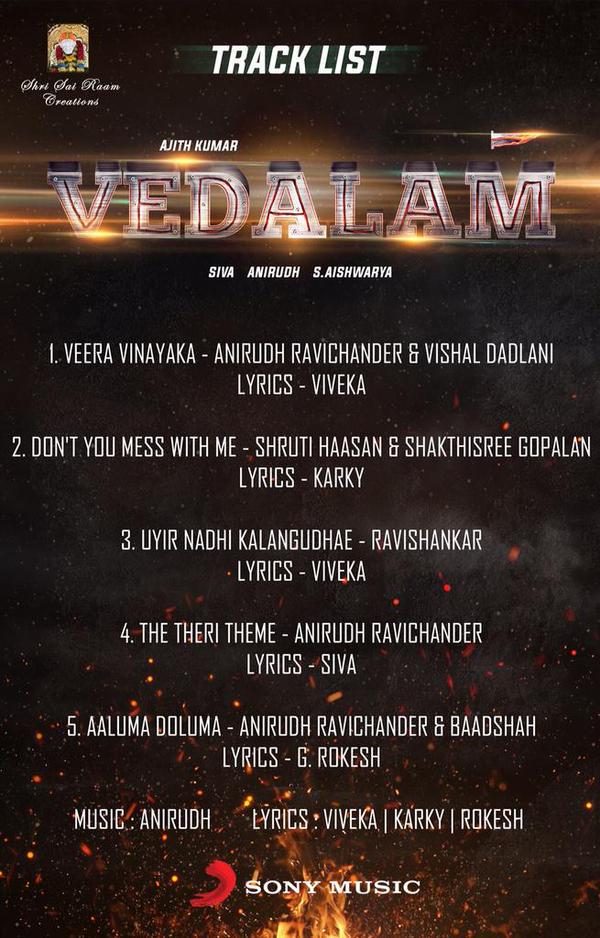